Why study in the United Kingdom?

The United Kingdom (UK) is a top international study destination for students from across the globe. Know why with Innvictis Edutech -

The UK has some of the world’s oldest universities and colleges with their founding leading the way back to the 12th and 13th centuries. With centuries of tradition, these universities have a strong legacy, and the education from such colleges has become a benchmark for the educational system in other countries.

Here are the top six reasons why studying in the UK is so popular with Indian students: 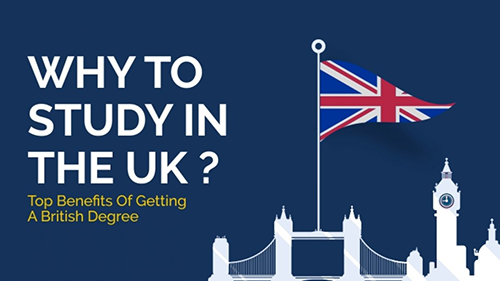 Four out of the top ten universities are located in the UK including the likes of Oxford and Cambridge. Universities in the UK have the best academic standards in the world where practical and utility-based knowledge is preferred over text-book learning. This enables a student to acquire critical thinking and analytical skills along with creative ability in their chosen study discipline. 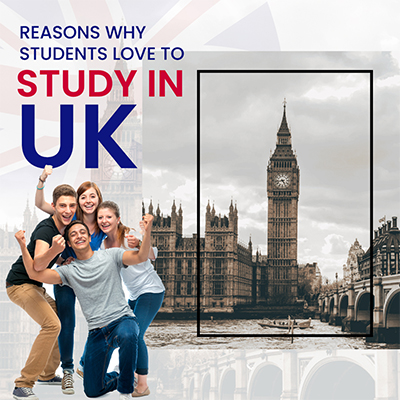 Students studying in the UK have access to the best quality of learning, research, and teaching prospects in the world. Since the UK universities are subject to strict performances through audit checks and subject reviews by the QAA or Quality Assurance Agency, the education standards of all universities and colleges in the country undergo regular assessment.

Moreover, the assessment helps to identify best education practices and feedback practices through suggestive improvisation. Such research standards are considered by the UK higher education funding bodies based on their finding they publish periodically. This makes the education system of the UK, a well-rounded one for all its international students.

The education system in the UK is designed as an intensive one compared to other countries and therefore has a shorter course duration. However, the emphasis is on a quality education program for every field, especially for Indian students since the educational structure in India matches that of the one in the UK.

So, a student can complete their undergraduate program in a single year as compared to the three-year curriculum, saving valuable time, money and allows time for an early hands-on experience in the chosen field.

The UK education system allows an international student to work for 20-hours a week part-time, during a term time. This means one can manage everyday living expenses while they study and even work full-time during semester breaks. This helps a student to have a bit of money at their disposal and also gain any industry experience if they work in their field of study.

For international students studying in the UK, Europe is in their backyard, almost figuratively. With the country connected to France, Belgium, and the Netherlands within a travelling range between 300 to 1000 miles, students can visit Europe while they study.

There you have it – call your counsellor at Innvictis Edutech for a consultation, since, now you know the most prominent reasons for an international student to study in the UK.

Fill the form to connect with our experts

How Can We Help?

if you need any help, please feel free to contact us.